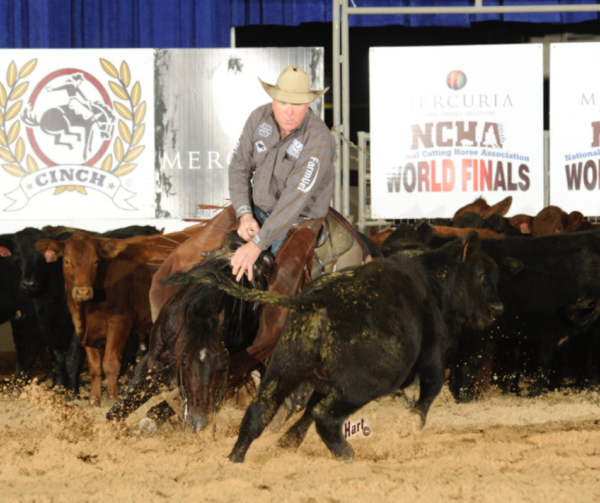 The 2016 NCHA World Finals concluded on Sat., Dec. 3 in Fort Worth. Congratulations to these three riders that rode horses sired by High Brow Cat to earn these coveted titles!

NRR Cat King Cole and his trainer Tracy Barton finished off the year with $85,316 in earnings, which crowned them the 2016 NCHA Open Reserve Champions. The 2007 son of High Brow Cat that has now surpassed $230,000 in earnings was also the NCHA Mercuria World Series Reserve Champion Stallion in 2014. Many remember his 232.5-point performance that year. Click HERE to see it!

Jill Roth is also on the roster of 2015 NCHA World Champions thanks to a High Brow Cat. The California cowgirl and Bea Pure Cat earned the show championship and the World Championship as well as the second round with a 225. Bea Pure Cat is a full brother to He Bea Cat, the 2012 NCHA Open Futurity Champion. Roth’s money earned on the gelding in Fort Worth this year put his earnings at more than $114,000.

Third on the list this year was Dalton Vicar who rode Cat In White Nikes to the $2,000 Limit Rider World Championship. The pair swept the competition winning every round to claim the title, which included two 223-point runs! The mare is owned by Dr. Gerald Dorros.