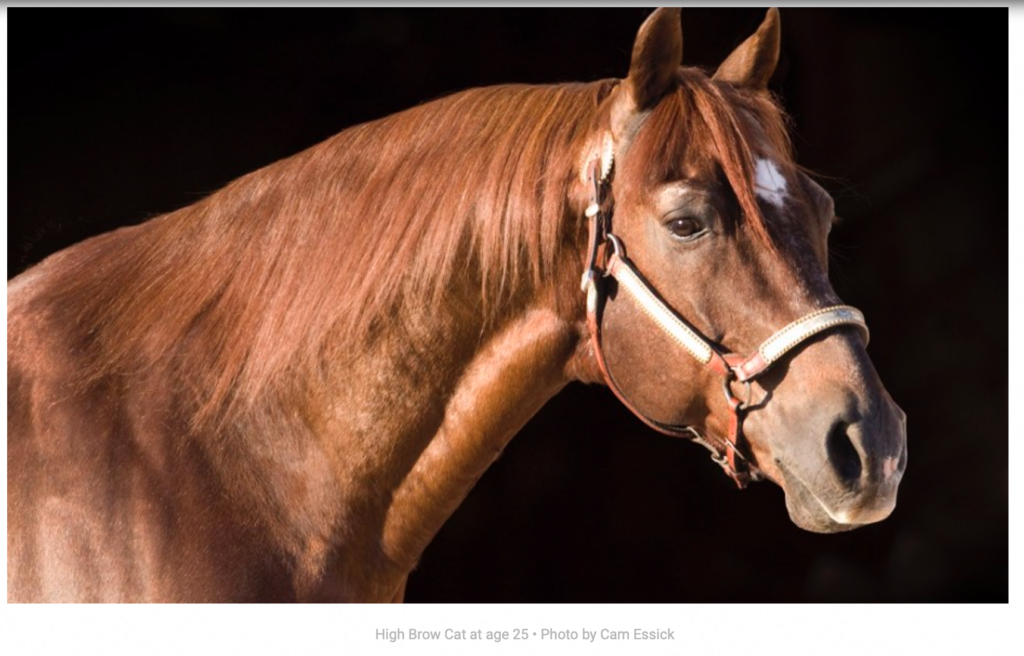 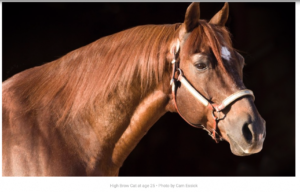 Kelly and Madison Crum, of Beechfork Ranch, announced Saturday they were joining the 1988 stallion’s former owner, Darren Blanton of Colt Ventures, in a new ownership partnership on the son of High Brow Hickory who recently became an Equi-Stat Elite $80 Million Sire.

As longtime fans and breeders to High Brow Cat, Madison Crum said she and her father, Kelly, are excited to be part of the stallion career of a sire of his caliber.

“It’s incredible,” Crum said Saturday. “I mean, it’s everyone’s dream, right — to be a part of a stallion of that caliber and with the reputation that he has?”

As of March 2, High Brow Cat had sired the earners of $80.63 million. His influence as a paternal grandsire is immense, with his sons fathering the winners of $126 million. He has also fathered the dams of more than $35.9 million, according to Equi-Stat.

The Crum operation, Beechfork Ranch, raises horses and cattle. It has divisions in multiple states, including a facility in Weatherford, Texas. Active participants in the cutting industry, Beechfork has owned the earners of $924,955 and bred the winners of $313,617 — with earners in several Western performance disciplines, according to Equi-Stat.

One of Beechfork’s top performers last year was a daughter of High Brow Cat, Cromed Out Cat. The 2012 mare out of Peptos Fancy Jewel (by Peptoboonsmal) and trainer Geoffrey “Spud” Sheehan won the NCHA/Mercuria World Series of Cutting Open Championship at last year’s Pacific Coast Cutting Horse Association (PCCHA) Derby, and returned to Las Vegas later that season to take the 5/6-Year-Old Open Championship at the PCCHA Futurity show for Beechfork. The mare has a lifetime Equi-Stat record of $220,875.

Crum said High Brow Cat will continue to reside at Blanton’s ranch. Weatherford Equine will also continue to handle the breeding contracts for the stallion, who is out of the mare Smart Little Kitty (by Smart Little Lena)

The plan is to restructure High Brow Cat’s stud fee prices and offer incentives for mare owners. More details will be released about that in the future.

“Through collaborative efforts with breeders, owners and trainers, we look forward to High Brow Cat’s continued success and influence in the performance horse industry,” the Crums said in a statement. “To the loyal breeders who have believed in High Brow Cat through the years, we thank you and look forward to working with you again in the future.”